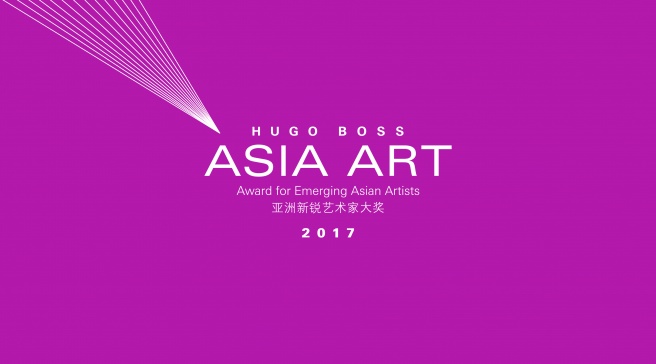 Rockbund Art Museum (RAM) and HUGO BOSS are honored to announce the initiation of the 2017 HUGO BOSS ASIA ART Award for Emerging Asian Artists. Following the success of two past editions in 2013 and 2015, the Award continues its exploration into the future of arts in Greater China and Southeast Asia.

Since its inception in 2012, HUGO BOSS ASIA ART has developed a platform for showcasing emerging talents throughout Asia. With the biannual award, a group exhibition for the finalists, and an on-going research and education program, this platform continues to provide a voice to the finest and rising stars of the contemporary Asian art scene, while continuing to foster a cross-cultural understanding that transcends borders.

For the 2017 edition a group of twelve influential members of the contemporary Greater China and Southeast Asia art scene, including independent curators, artists, and leading cultural institutions, were invited to put forward artists for this Award. The final list of artists, and subsequently the winner of the Award, will then be selected by the established jury, chaired by RAM Director Larys Frogier.

“We are excited to announce the third edition of the HUGO BOSS ASIA ART Award together with the Rockbund Art Museum today,” said Marc Le Mat, Hugo Boss Greater China Managing Director, in the course of Art Basel Hong Kong. “After the success of the preceding editions we are looking forward to once again celebrating promising artists from Greater China and Southeast Asia, who are at the early stages of their artistic career”.

“HUGO BOSS ASIA ART is marked by its extensive exhibition, research and education program, and together with the Award is able to reach an extensive audience through Rockbund Art Museum’s unique position in China, as a leading cultural institution enhancing its vision to support emerging contemporary artists in Asia. Through this, the program nurtures conversations between art communities in the region, and creates collaborations to further encourage and influence the development of contemporary art globally,” said Larys Frogier, Director of RAM and Jury Chair of HUGO BOSS ASIA ART. “This Award celebrates the rich diversity, the fresh perspectives and new narratives of Asia’s emerging art scene.”

The finalists will be announced on June 2017 and their works presented in a group exhibition at RAM from 26 October, 2017 to 7 January, 2018. Curated by Li Qi, senior curator at RAM, the show will display representative and newly commissioned works by these four artists.

HUGO BOSS ASIA ART 2017 will continue to expand its educational commitment in the form of exhibition programs, workshops and public events that will take place before, during and after the exhibition. The HUGO BOSS ASIA ART Award is a leading platform for up-and-coming artists to gain recognition, as well as for the broader public to become acquainted with the compelling contemporary art from the region.

The members of the 2017 HUGO BOSS ASIA ART jury are:

Daniel Szehin Ho, Editor-in-chief and Co-founder of Ran Dian, based in Shanghai and Hong Kong

Lee Kit, artist, based in Hong Kong and Taipei

Aimee Lin, Co-founder and Editor of ArtReview Asia, based in Shanghai

David Teh, writer, curator, and art advisor at the National University of Singapore

Alia Swastika, curator and writer, based in Jakarta

Yap Sau Bin, artist and educator, based in Kuala Lumpur

Ye Ying, Editor of The Art Newspaper China, based in Beijing