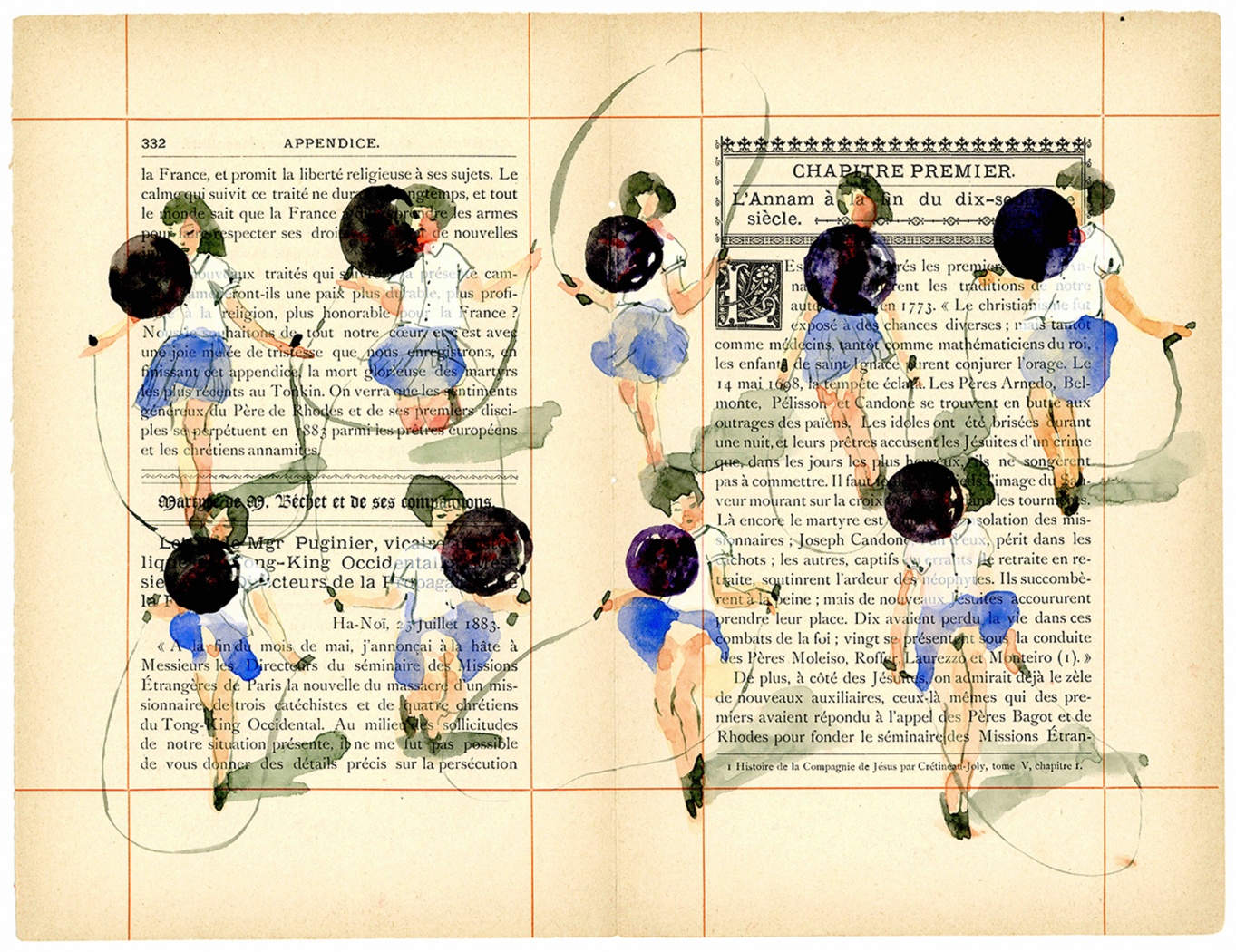 Vietnamese artist Thao Nguyen PHAN has a great eye. Through literature, philosophy and daily life, she observes ambiguous issues in social convention, history, and tradition. Through a combination of painting, video, performance, and installation, she manages to blend the universal and the local, reality and fiction in a poetic and visually powerful way, which opens new spaces for reflection. No Jute Cloth for the Bones, Mute Grain and Dream of March and August, the trilogy from “Mute Grain” project, are about a tragic event when Vietnamese farmers were forced to grow jute instead of rice during the Japanese occupation of then French Indochina from 1940-1945, which led to large-scale famine and death. Her previous project Poetic Amnesia discussed the introduction of the Latin alphabet as a writing system in Vietnam and the complex implication of this historical process, which tells stories of cultural loss and gain, national amnesia, and violence.

In this Walk & Talk, artist Thao Nguyen PHAN and curator Zoe BUTT will walk through artworks with the audience, starting with the those in the exhibition, turning to her research behind the scenes, sharing previous or future projects.