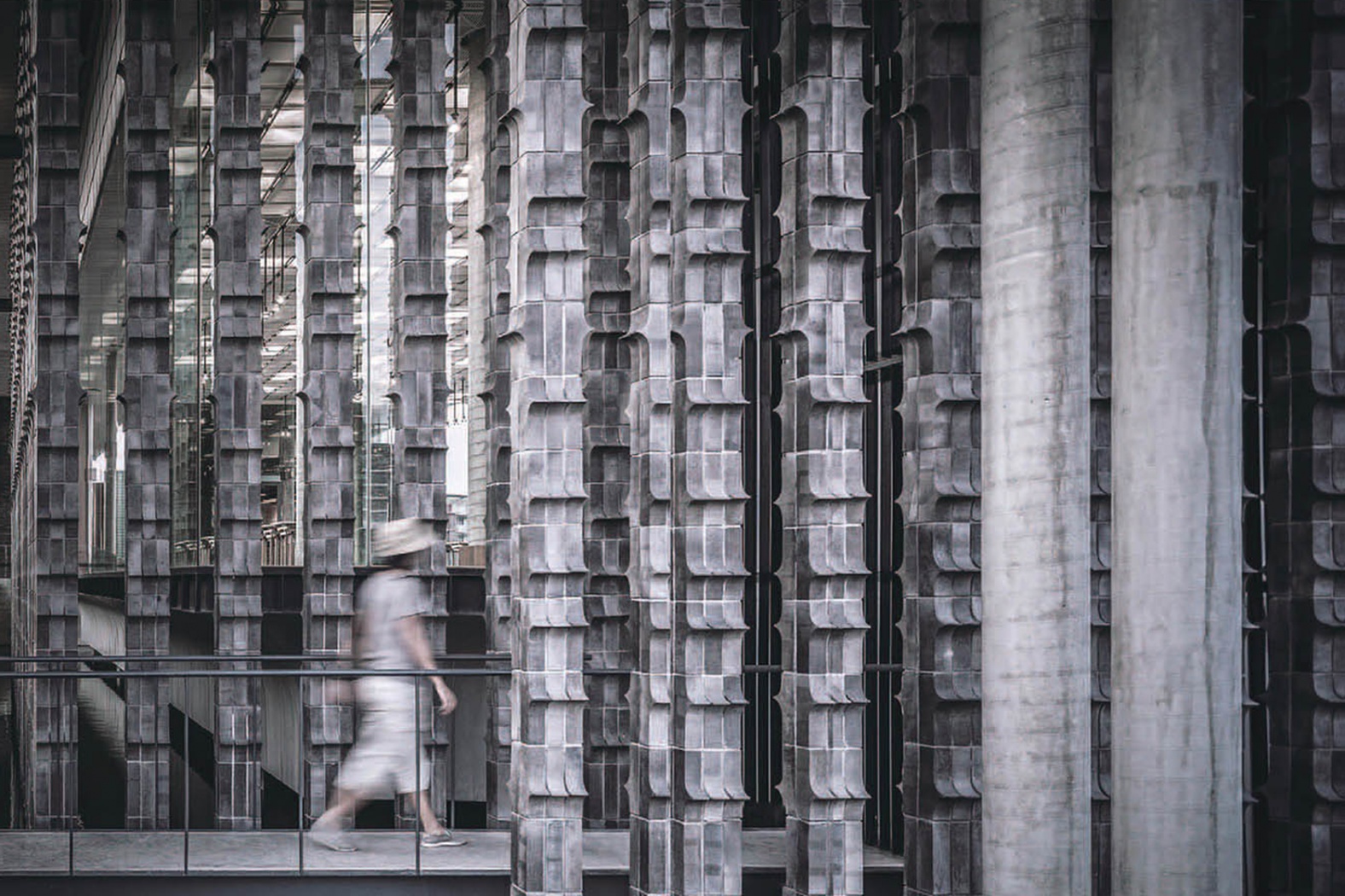 Following the end of the Cold War in Southeast Asia in the 1980s, Thailand boosted its efforts in industrialization and commercialization. In addition to the mass construction of real estate and office buildings, changes in policies regarding foreign investment and development caused the metropolitan capital of Bangkok to expand both “horizontally” and “vertically”.

Speaking from the “vertical” standpoint, Bangkok’s buildings as practical structures represent the results of urban development and civilization. Such projects include Sumet Jumsai’s Robot Building (Bank of Asia Headquarters) completed in 1986, and Plan Architect’s Baiyoke Tower, which was finished in 1987. With the help of political and economic interventions, these projects incorporated the principles of rationality and universality, and introduced a new and unprecedented way of combining technology, material and structure in building design, as well as standardized design guidelines. From the “horizontal” standpoint, the buildings of Bangkok as theoretical objects integrated both the local culture and climate conditions, which can be seen in the use of space and different venues, examples being the Muang Thai Life Assurance & Phatra Insurance Auditorium by Architects 49 Limited (A49) in 1988 as well as the Ministry of Foreign Affairs building. Both of these examples demonstrate the abstract assimilation of local culture and environmental aesthetics into the spatial vocabulary of architecture.

As the city developed at an ever quicker pace, elements of traditional Thai architecture played a critical role in contemporary designs ── as can be seen in the double-pitched roofs adapted to local climate conditions, in symmetrical and geometric layouts which remind of religious spaces, and in spacious areas of greenery resistant to the abundant amounts of sunshine in Thailand ── these external and easily recognizable “spatial qualities” molded the public’s impression of Thai architecture. Then there are the elements of Thai architecture characteristic to the region, such as large eaves used to create space for cover, window shutters for providing protection from the sun, and railings that feature special handcrafted designs. The natural and easy-to-understand “materiality” of these elements augment one’s understanding of Thai architecture. However, after contemplating the local culture, Thai architects have gradually stopped using elements of traditional Thai architecture simply for the sake of promoting their culture, as they recognized that architecture should not be a plagiarism of tradition but rather a continuation of it, while also reflecting contemporary society and its environment. As such, while their designs incorporated characteristics unique to the region’s rich cultural background, characteristics which haven’t been completely transformed by modernization, they also displayed an awareness of the present and the future while paying homage to tradition.

HUNG Jenchieh, lead architect for HAS design and research, founder of Chinese-Thai Research Studio, specially appointed advisor in design for the Department of Urban Planning at Tongji University. Previously worked as design manager and project lead at Kengo Kuma and Associates as well as Kris Yao Artech; projects include the Yangcheng Lake Tourist Center in Suzhou and Shipyard 1862 in Shanghai.

Working as an architect with his own practice in both Bangkok and Shanghai, HUNG has researched contemporary architecture in Southeast Asia for several years, and is devoted to the projects in both architecture and culture in China and Thailand. He was invited to curate and review the exhibition THAINESS: Thai Contemporary Architecture, and served as associate editor for the magazine Taiwan Architecture, having written special columns such as “Roaming in Architecture: Globalization and New Approaches to Architecture in China“ as well as “Local Evolution: Leaps and Uncertainties in Contemporary Thai Architecture”. Aside from academia and exhibition curation, Hung has also experimented with architectural theories through participating in international competitions, and his awards include the Young Talent Architectural Design Award for his project “New Taipei City Museum of Art”, which also won First Prize of Young Talent Architectural Design in the same year. His other works have also won first prizes in international competitions hosted by the Association of Siamese Architects and Art4d, as well as the World Architecture Community Award, the iF Concept Award, and the Prix Versailles.

HUNG Jenchieh is also a member of the Architectural Institute of Taiwan, and has published “Generative Surface Design: Experimentation in the Realm of Digital Fabrication through Parametric Modeling”, which won the Paper Award in Architectural Research. He was also invited to be associate editor for the American-based International Journal of Interior Architecture + Spatial. Hung graduated with first honors from Chung Hua University, after which he obtained his master’s at National Cheng Kung University and received a full tuition scholarship for a master’s program at Czech Technical University in Prague.

Kulthida SONGKITTIPAKDEE, lead architect in HAS design and research, specially appointed advisor in design for the Department of Architecture at Xi'an Jiaotong-Liverpool University; previously worked in the positions of assistant manager and project manager at Renzo Piano Building Workshop, Rocco Design Architects, NBBJ, and Architects 49.

As a first-rate, registered architect in Thailand, SONGKITTIPAKDEE was recipient of the Renzo Piano Foundation Scholarship, where she went to work at the Renzo Piano Building Workshop in Paris, France. Projects worked on during the scholarship included Columbia University's Jerome L. Greene Science Center for Mind Brain Behavior and the Los Angeles County Museum of Art. Afterwards she came to China to lead large-scale projects such as the International Metropolitan Plaza in Guangzhou, as well as the third expansion of the Alibaba Xixi Park in Hangzhou. Aside from architectural projects, SONGKITTIPAKDEE has also written critical essays for the Thai magazines art4d and The Cloud, Design Inspiring Node (DIN) and the website Dsign Something; she has also published a book titled Arch: Life and Rhythm with the well-known Thai publishing company Li-Zenn in 2016.