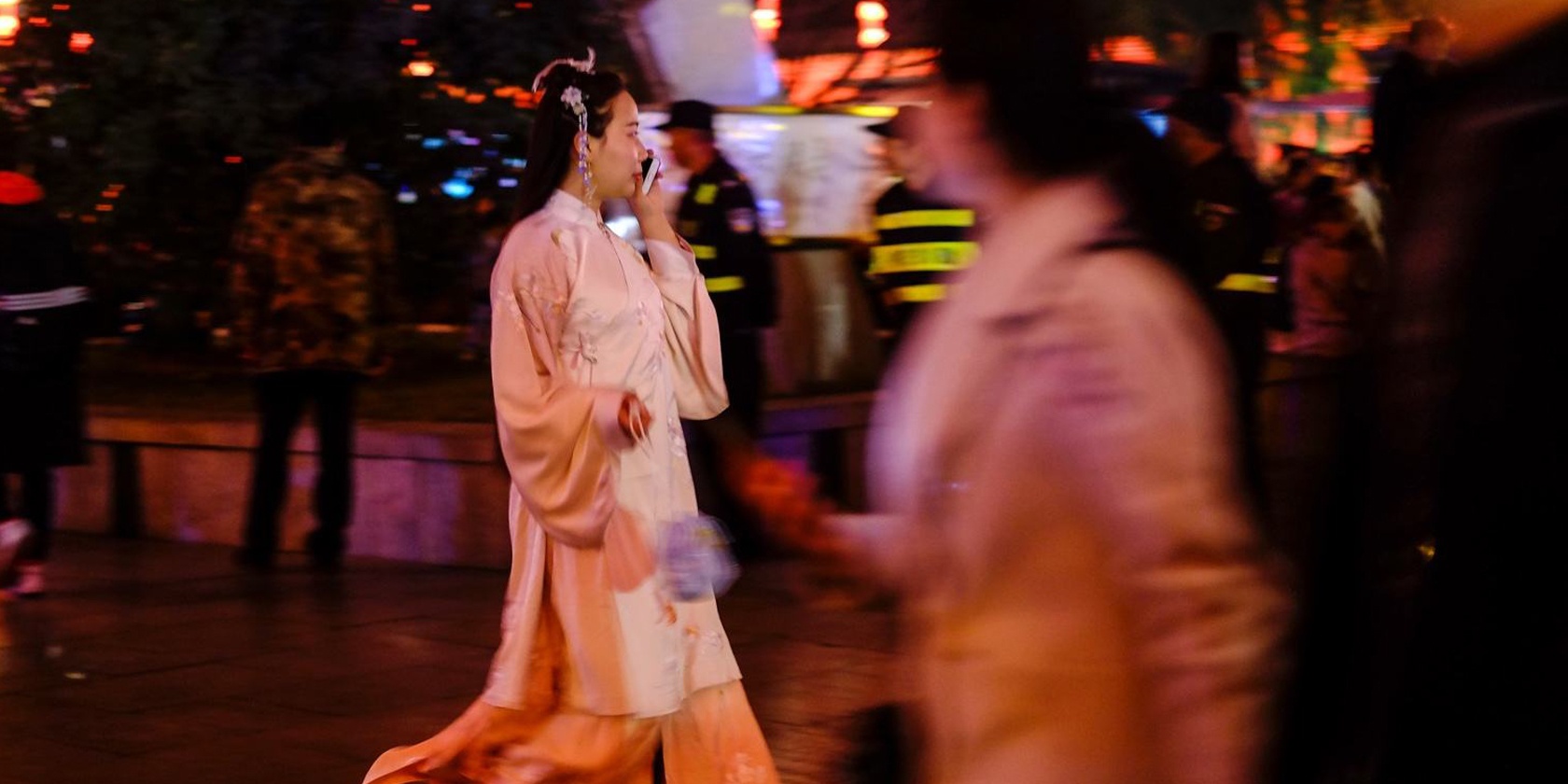 The three frenzies sweeping the nation: “Chinese culture frenzy”, “Han costume frenzy” and “scripture reading frenzy,” seem to embody a nationwide fervor for Chinese traditional culture, but upon delving deeper we discover numerous questions and discrepancies lurking under the surface. For example, how exactly does one define “Han costume”? Throughout history our traditional clothing and accessories have been in a state of constant change, and saw a fusion of traits and customs from several different Chinese ethnicities. And in our enthusiasm to read ancient scriptures, have we ever once seriously researched which ones to recite and the proper way to recite them? Furthermore, in this wave of cultural revival, how should we approach the issues of ethnic and cultural identity that come with it?

A hundred years having passed since the anti-Confucianism of China’s May Fourth Movement, the attitudes of Chinese people toward their traditional culture have transformed from one of abandonment and neglect to its current zeal to revive tradition. Since the 1980s, the cultural revival movement in China has undergone a number of significant changes — from tangible and intangible customs, such as fashion, etiquette and literary recital, to the consumption of cultural products, the revival of traditional culture has established a complete set of lifestyle and behavioral standards in contemporary China.

For our talk at RAM we have invited DUAN Zhiqiang, researcher at Fudan University’s National Institute for Advanced Humanistic Studies, and experienced media specialist, SONG Chenxi, to launch their discussion with this “Chinese culture frenzy” as they explore in-depth the rise and fall of the study of traditional culture in China, expounding on clashes between different schools of thoughts in China since the 1980s and their influence on China today.

DUAN Zhiqiang, associate researcher at the National Institute for Advanced Humanistic Studies, Fudan University. He engages in the study of the history of the Ming and Qing Dynasties, and has opened courses such as "Ancient Civilization in China" at Fudan University.

SONG Chenxi, media professional and book reviewer. Song has translated the work International contemporary art collection of a salaryman 現代アートを買おう! written by Daisuke Miyatsu and is now co-authoring The Ideological Course of Chinese Civilization. Song has also opened online courses such as “co-reading Qian Mu”. He has published about a hundred book reviews, interviews and cultural commentary, hosted more than thirty cultural events.

SONG mainly focuses on the traditional Chinese and Western thoughts as well as the modern transformation of traditional thoughts, and the transition of Chinese ideology in the past 40 years. He has also organized a series of online cultural interviews including “the saying of Confucius throughout the ages” and “in the forty years.”