Sunjung Kim is a curator and the current president of the Gwangju Biennale Foundation. Most recently she was chief curator of the 2018 Gwangju Biennale, Imagined Borders and curated the Francis Alÿs exhibition (2018) at Art Sonje Center. Since 2012, Kim has been the artistic director of the Real DMZ Project, which researches various issues surrounding the Korean demilitarized zone. From 1993 to 2004, Kim was the deputy director of Art Sonje Center in Seoul, where she later served as the director from 2016 to 2017. At Art Sonje Center, Kim notably curated solo exhibitions showcasing Martin Creed (2009), Haegue Yang (2010), and Abraham Cruzvillegas (2015). In 2005, Kim was appointed the commissioner of the Korean Pavilion at the 51st Venice Biennale, and has held positions at the following institutions: Platform Seoul (Artistic Director, 2006-2010), Media City Seoul at SeMA (Artistic Director, 2010), Round Table at the 9th Gwangju Biennale (Artistic co-director, 2012), and the ACC Archive & Research department at the Institute of Asian Cultural Development in Gwangju (Artistic Director, 2014-2015). 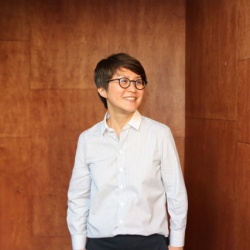