Field research or fieldwork is a method originally crafted by naturalists and then extended and developed in many other disciplines. In anthropology, fieldwork is more than a research method or a methodology, but is viewed by some anthropologists as a critical feature that differentiates this discipline from others related to humanities and social sciences.

In the early 19th century, fieldwork was dismissed by elite researchers of the nobility as a vulgar and inappropriate activity. However, at the end of 19th century when the British extensively expanded its presence in many areas under the reign of Queen Victoria, fieldwork for exotic culture was largely encouraged and empirical research for practical purposes was valued more than it had been while “armchair anthropologists” were challenged and criticized more than ever. Since the turn of 20th century, fieldwork has become an essential anthropological method.

This talk will explore the use of fieldwork in anthropology along the development of science in modern Western world, and the focus on humanities and cultural diversity which determines the choice of field sites and methods. By looking back in history, the following questions and their relations with the current world will be discussed: how did the research targets and types of fieldwork develop since its emergence? What changes have been made to the meaning of fieldwork to anthropology? How did fieldwork be shaped by history and how did it shape the history in turn? What are the norms of fieldwork in modern anthropology and how were they developed? Will the fieldwork that used to focus on exotic culture, countryside and the “original” world be applied in researches on “us,” the cities and the “modern world,” and how?

Huang Jianbo currently serves as Professor of Anthropology at the Institute of Anthropology of East China Normal University, Deputy Director of the Religious Anthropology Committee of China Union of Anthropological and Ethnological Sciences and the Sociology of Religion Research Committee of China Sociological Association. With interests in cultural phenomena in daily life, especially in religion, faith, ritual, custom and symbol, he has stayed in different social situations for short- or long-term, where he interacted with various communities, in a way he expects to gain more understanding of others and himself. His books include Essays on Cultural Anthropology (2007), Locality, Historical Contexts and Religion (2008), Faith, Politics, and Life in a Rural Community in Northwest China (2012), the Creation of the Community of the Local Culture and the Belief (2013) and A Concise History of Anthropological Theories (2014). 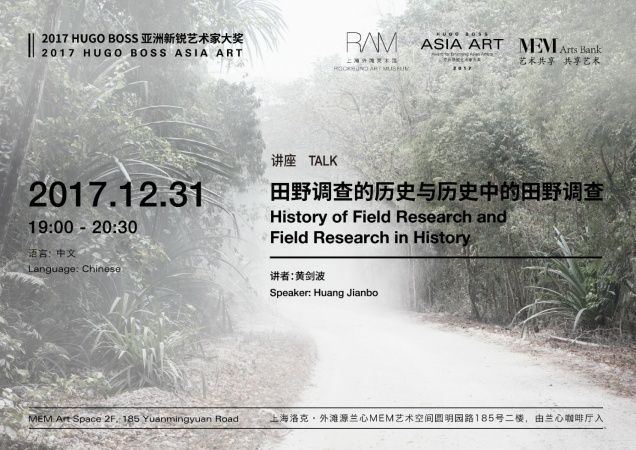