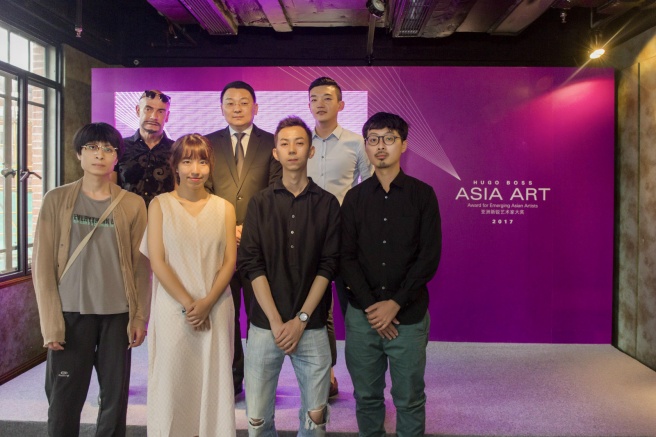 Since its establishment in 2013, the HUGO BOSS ASIA ART Award has become a well-respected contemporary art award in Asia. It continuously reflects on current topics and explores the future of art in Greater China and Southeast Asia. “The HUGO BOSS ASIA ART Award is a wonderful element in our Arts Sponsorship program. We are very happy to offer this platform to young talents for the third time, especially in such an important cultural context as Asia,” says Dr. Hjördis Kettenbach, Head of Cultural Affairs, HUGO BOSS AG.

A group exhibition showcasing works of the four finalist artists will be shown at Rockbund Art Museum from Oct 27, 2017 to Jan 7, 2018, presenting newly commissioned works as well as existing works by the finalists. The winner of the Award will be announced in November; the Award carries a stipend of RMB 300 000.

The biannual award contributes towards artistic and cultural exchanges in the broader historical and social contexts of Greater China and Southeast Asia, giving voice to emerging artists in the field of contemporary art in this region while simultaneously bridging boundaries so as to encourage inter-cultural communication.

In 2017, the Award continues to focus on emerging talents at the forefront of artistic exploration in Greater China and Southeast Asia, instigating long-term dialogue between contemporary art and their rich, diverse and continuously mutating contexts.

For HUGO BOSS ASIA ART 2017 a new selection process has been adopted on the basis of the previous two editions, incorporating a separate committee of nominators. Rockbund Art Museum invited twelve nominators and five jury members to contribute to the selection.

Larys Frogier, the Director of Rockbund Art Museum and Chair of the HUGO BOSS ASIA ART jury, elaborates on the new selection process: “I am extremely grateful to the HUGO BOSS ASIA ART 2017 nominators and jury members for researching, selecting, sharing and supporting promising emerging artists in Asia. As a new fundamental process in the selection of the artists, the nominators play an essential role since they contribute in drafting the decisive first list of artists to propose to the HUGO BOSS ASIA ART jury. The solid expertise and engagement of the nominators in specific Asian art contexts, their independent and on-going support to emerging Asian artists, as well as their fresh and precious observation of contemporary art in Asia allow this first list to be closely connected to audacious artistic practices and creative transformations.

“The emerging Asian artists thus selected are highly relevant for the HUGO BOSS ASIA ART Award. With the jury examining the nominators' selection, additional opportunities arise for exchanges in new contexts, topics and practices, since the jury is able to conduct further, in-depth research on the nominated artists.”

“The four finalist artists demonstrate competence and versatility in their practice as well as in their acute insights and reflections on personal and social engagements. Not only do we appreciate their contributions to new forms of expression and experiences in contemporary visual art, but we also recognize their knowledge and intelligence across disciplines. In the finalist exhibition, the audience can expect encounters with the artists’ most recognized works, and will partake in the artists’ vision of the promising potential and new directions of contemporary art with the new commissions,” says Li Qi.

A series of public and education activities including talks, seminars, forums, and workshops will be held along with the Award to further explore the academic and social value of the finalist artists. Parallel to the exhibition, the public and educational programs make up another platform of the Award committed to exploring and presenting different artistic and social contexts in present-day Greater China and Southeast Asia. This will extend, complement and enrich the topics generated by the finalist artists while connecting with the general public.

Li Ming’s practice touches on some of the nerves of our era. He invests a great deal of seriousness and precision in his game-like playfulness, which results in the helpless extension of boredom, resistance, powerlessness, and vitality—often up to the point of being useless. He discovers poetry in the absurd, and notices the subtle pain cast by life itself. On another extreme, he cares for the humble wisdom contributed by the individuals in their lives, though such wisdom might not help much with actual changes or even changing oneself. His works are honest to the point of being naked and false and yet still safely engages in creation within perplexing dilemmas.

Video plays a significant role in Li Ming’s practice. The use of temporality, I believe, has nothing to do with the essential nature of the medium itself, but rather is an inevitable consequence, since meaning is created in the “record of performance” that are long (but in fact not too long). Occasionally, he also participates in his own performances; through the artist’s or others’ performances and actions, viewers discover their own loss, and are reminded of their own powerlessness and painlessness. I reckon honesty and sincerity are an important criterion for artists; yet, the key could lie in how to be honest and sincere.

—Lee Kit, artist, based in Hong Kong and Taipei

Moving images and video installations form Tao Hui’s oeuvre. He is fascinated by the almost subconscious performances and utterances of the self in the everyday, thereby directly reflecting the specific identities and social attributes of people situated in specific environments. The material he uses is highly connected to his personal experiences, such as the collective viewing experiences as frozen by dramatic moments in domestic Chinese soap operas, TV variety shows, the folktales circulating in villages of the Chinese hinterland, as well as fateful events and characters as witnessed by the artist. The artist does not aim to show off concepts, obtuse narratives, or insert a radical critical stance; on the contrary, his works present a sense of calm, focusing strongly on breakthroughs in narrative strategy and directing techniques. Through images, Tao forges an array of scenes that are odd and yet not unfamiliar. His concern for issues such as gender, ethnicity, family ethics, and individuals’ life circumstances across boundaries suffuses his work. A calm and collected humor distinguishes the artist from other contemporary video artists of his generation.

Yu Ji emerged from an academic background in sculpture. Looking at her works, I found touched by her individual energy. Her multilayered contemplations into tradition, environment, art, and the self are consistent in both her re-creations based on classical sculptures and her bodily interventions in outdoor installations. In relation to the deconstruction of the lineage of sculpture, to the wealth of her creative materials, to the fragmentation and dialogue with the sensitive space, as well as to the artist’s own physical energy and scale, Yu Ji situates the self within relations of space and time. Thus she endows her art with an irreproducible subjective energy.

Flexibility and toughness, inheritance and deconstruction, presence and alienation—such seemingly contradictory attributes achieve an extraordinary mélange and unity in Yu Ji. In the present-day environment with the massive impact of moving images and artistic production tending towards a “production” mode, Yu Ji stands out as a rare and outstanding talent in Chinese art, injecting new vitality into the time-honored medium of sculpture.

—Ye Ying, Editor of The Art Newspaper China, based in Beijing

Robert Zhao Renhui works mainly with photography, but in a deeper process of archival photos rather than considering himself as a photographer. Most of his works utilize old photos and archives that he has sought out and investigated, particularly in relation to the history of Singapore. He is very much interested in his city and its national identity, as he questions the lack of historical awareness in Singaporean society in general amid the challenges of rapid globalization and internationalization. He traces personal and hidden stories from families, communities, and landmarks in the city that might be forgotten by the changing landscape and urban development. The complexity of the narratives and the sophisticated details of the story-telling enable Robert Zhao Renhui’s works to relate with the wider audience, and at the same time to open up discussions on forgotten memories.

Robert Zhao Renhui combines his approach of archival photography with installation, texts, performative narratives, among many others. He is interested in the idea where exhibitions could be seen as a platform to perform histories and narratives; therefore, storytelling and flows for the visual imaginary become his strongest elements of display.

—Alia Swastika, curator and writer, based in Jakarta 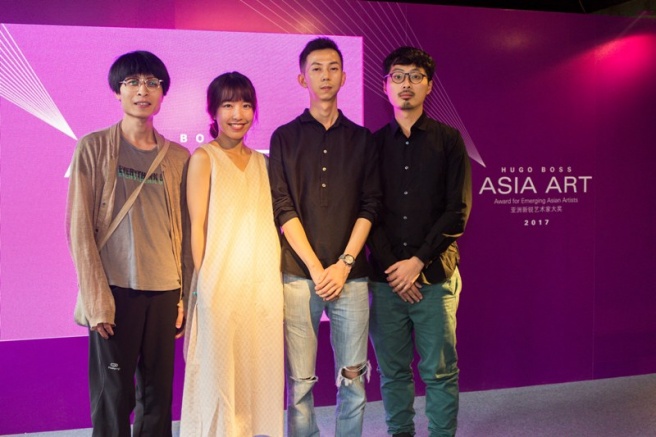 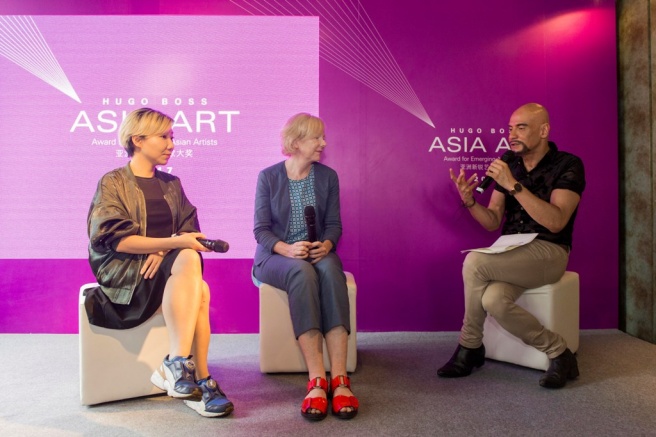 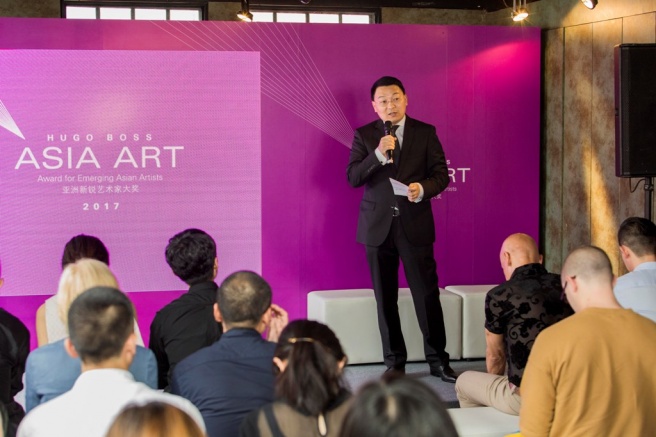 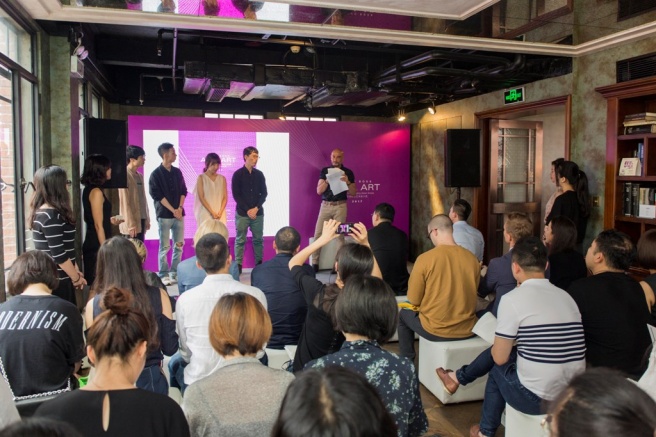 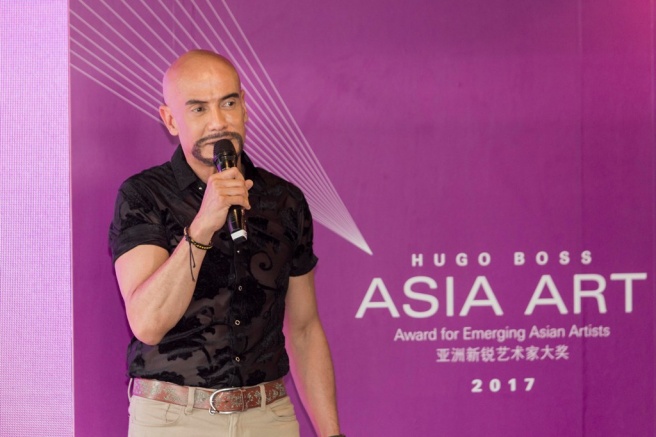