Since its establishment in 2013, the HUGO BOSS ASIA ART Award for Emerging Asian Artists has been committed to powerful experiments in the practice of art and creative thinking by supporting the resolution of new cultural challenges in Asia as well as encouraging diversity in aesthetic judgments, thoughts and cultures. Compared with other Southeast Asian cultures, Thailand’s culture is better known among Chinese people due to its wide representation in films, music and architecture.

In this talk, Chen Xiaoda, the China-side President of Confucius Institute at Phuket, Prince of Songkla University, and Associate Professor at the School of Film and Television Art & Technology, Shanghai University (SHU), will share with the audience his research findings, the history of Thailand’s film development, case study of some classic Thai films and the latest data of the country’s film industry, to unearth the unique characteristics of Thai films.

Since around 2000, Thai films have become an increasingly significant player in the Chinese market, represented by its horror films and teen films. For example, the latest teen film Bad Genius was a massive hit and inspired heated discussion of the genre. In the context of globalization, how did Thai films, facing influences of foreign cultures, succeed in fostering a distinct national image different from other Asian countries by combining narrative filmmaking with traditional culture? What are the unique spatial narrative strategies deployed in different genres of Thai films, such as the horror film? The speaker will analyze Thai films from different perspectives, such as psychology and sociology, to answer these questions.

Chen Xiaoda is the China-side President of Confucius Institute at Phuket, Prince of Songkla University, and Associate Professor at the School of Film and Television Art & Technology, SHU. He holds a BA in Directing from Beijing Broadcasting Institute (now known as the Communication University of China), an MA in Media from Birmingham City University in the UK, and a PhD in Film Studies from SHU. Chen previously served as producer-director at the Television Department of Shanghai Telecom Directing Center and SMG International Channel Center (now known as the International Channel Shanghai). Researching on film production, Thai films and production of short films on new media, he has published extensive academic papers, such as “Imagination of the Post-Modern Era of Modern Shanghai” in Contemporary Cinema, “A Study on the Rise of the Contemporary Film Industry of Thailand” collected in Film and Television Arts section of the Periodical Literatures Reprinted by Renmin University of China, and “A Study on the Presentation of Films on New Media” in New Films, and co-edited Thai Film Studies and Anthology of Contemporary Western Film Theories published by the China Film Press, and Production of DV by Shanghai Educational Publishing House. 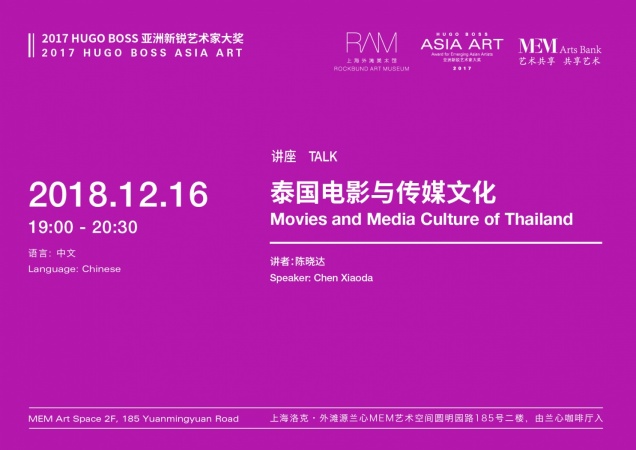