Li Qi is Senior Curator at Rockbund Art Museum (RAM), Shanghai. He was Opinions Editor at The Art Newspaper China and Senior Editor at LEAP, where he currently serves as a contributing editor. In 2014, Li Qi curated “CONDITIONS: An Exhibition of Queer Art,” at club Destination, Beijing’s LGBT terminal. He graduated from Beijing’s Central Academy of Fine Arts (CAFA) with a Bachelor’s degree in Art Management, and from London’s Chelsea College of Art and Design with a Master’s in Curating. Li Qi has worked at institutions such as the Ullens Center for Contemporary Art (UCCA) in Beijing and the British Film Institute (BFI) in London. He acted as project manager for Hans Ulrich Obrist’s The future will be… China Edition in 2012. 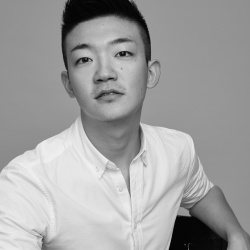