Yuko Hasegawa is the Chief Curator of Museum of Contemporary Art Tokyo, and Curator of 11th Sharjah Biennale. She has served as a Board Member of the West Kowloon Cultural District Authority (2009-2011).

Hasegawa has curated major thematic group exhibitions and solo exhibitions. She has authored curatorial essays in publications for museums including The Museum of Modern Art (MoMA).

Since 2008 Hasegawa has been a member of the Asian Art Council at the Solomon R. Guggenheim Museum (New York). She was Artistic Director of the 7th International Istanbul Biennial (2001). She is Director of Inujima Art House Project (2010-). 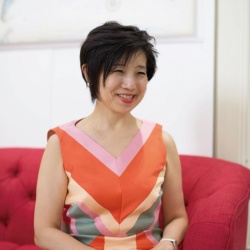